"A polar bear is a rectangular bear after a coordinate transform."

The polar bears have arrived, and with them, more than twice the usual zoo attendance over Thanksgiving Day weekend. Luckily, my boys were off school Monday, so we pretended like we were getting up for school and instead drove to the zoo, getting there as the gates opened at 9:02.

Thank God for the concession stands. 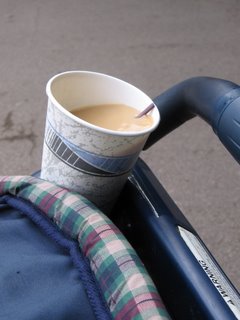 We cut up through Kids’ Kingdom (later manned by a zoo employee who directed traffic the other way, requiring wending one’s way through the entire zoo before you finally got to the polar bears’ exhibit). Yes, I am a scofflaw - fine example I set my children. 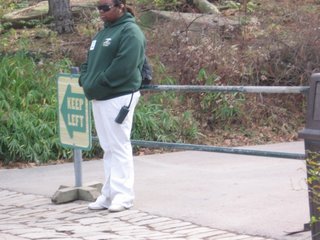 And we more or less had the polar bears to ourselves for close to half an hour.
They swam. 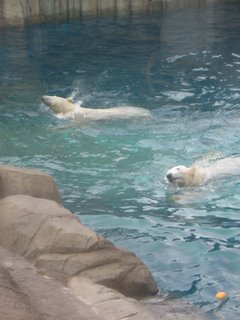 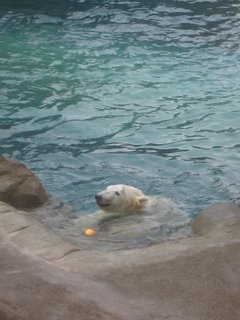 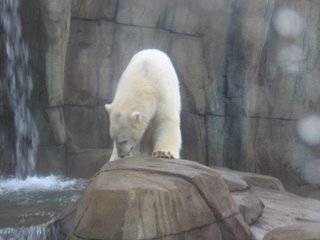 I told the boys, when they started bickering, that the polar bears like tasty little boys for breakfast. 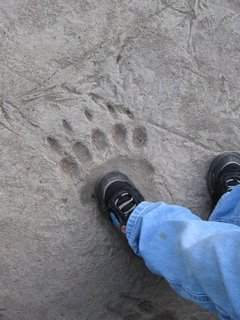 Although it seems that the little boy population is growing much more quickly than the polar bear population – probably because we don’t put little boys in cages on display for the pleasure of the viewing public (Yes, I am feeling guilty.) 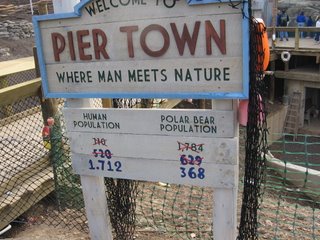 At least we know it won't be the secondhand smoke that gets them. (I have absolutely no idea why it took so long for the zoo to go non-smoking.) 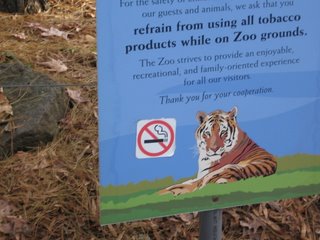 I was thinking of hanging a replica of this sign on my bedroom door. 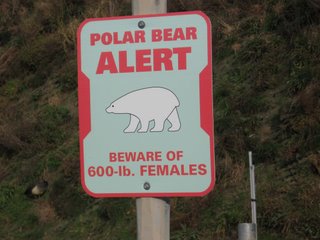 Once the crowds started…crowding, we repaired to the aquarium.

Where Terzo was entranced by the sting rays. 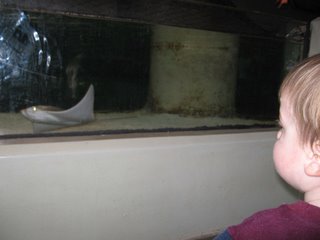 And the rays appeared to be equally entranced by him. 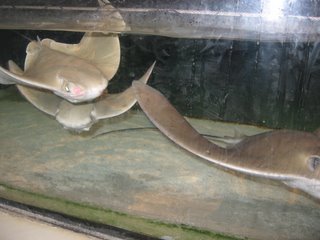 And where I have yet to take a decent photo of the penguins. 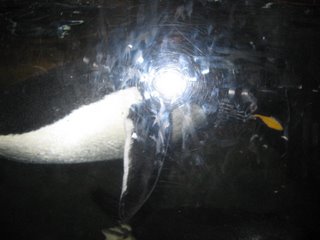 Then we walked back through the zoo, past all the crowds standing in line, for the other exciting zoo attractions:

The sea lions (my favorite – I could stand there and watch them all afternoon. If, um, I didn’t have to wrangle three children under the age of six.) 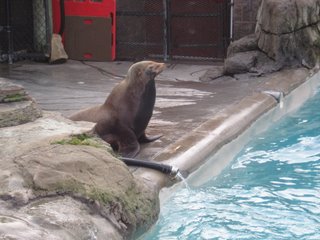 The tigers – but their area was being cleaned, by someone who clearly took Take-Your-Child-to-Work day very seriously. How cool would that be, if your mom was the tiger-cleaner-upper? (Speaking of which, if you ask the boys, the second highlight of the day was watching the tiger poop on our way past the second time. We have been fighting the potty-mouth battle around our house lately, and I fear the prevailing forces suffered a serious and debilitating setback by that particular tiger tableau. Which I did NOT photograph.) 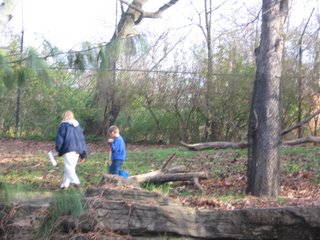 The rides (and I NEVER have quarters, but to be fair, until recently neither of the two older boys liked the vehicles to shake, rattle, or roll) 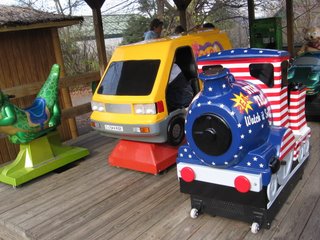 The tunnel, which is most excellent for echoes. (Sadly, the shouts of "Poopyhead!" were courtesy of my children, whom I really can't just pretend not to know.)
(I suppose it was more like "Poo-oo-oo-py-y-y-y-y-head-ead-ead-eaddddd-d-d-d-dd!") 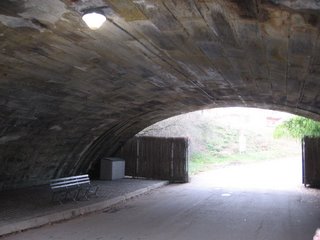 By rights, this post should finish up with a rum-and-Coke while the boys all took late naps and I ordered out for pizza. Alas. You can’t have everything. And if I had, I probably wouldn't have photographs of it.

Looks like a fun day.
The only way I've managed to curb the poo talk is at the dinner table. Any potty talk and it's straight to their rooms. Apart from that, anarchy reigns. (The only thing the kids remember from our visit to a native sanctuary is that koala babies eat their mother's poo. Sadly, that's the only thing I remember too).

You know how I feel about zoos. And yet, after reading this, I think I could stand to make a visit. I do so love the fish...

I love polar bears. And I always shout "Poopyhead!" in tunnels.

I love that pic of Terzo's cheek in profile. It reminds me of my little one's, only he's starting to thin out and lose those scrumptious gobbledy good cheeks. I miss those cheeks!!

That polar bear'd be all kinds of hot if she only lost, say, 180lb.

Beware the sea lions. They've been tasting people. It's actually in the news.

Your polar bears look much happier than the ones I saw once. They were in Fresno, CA in the 100+ degree heat. They looked miserable.

SJ hates the rides that takes quarters and I never have quarters either.

My boys didn't know the rides moved either, for a long long time.

Equally, they used to believe that if the icecream van was playing its music, that meant it had run out of icecream.

I'm a big fan of the sea lions, too, and the otters. Apparently I like to watch mammals swim.

I used to harbor a fear of our zoo's polar bear exhibit - the inside room was darkish and there's a (fake) polar bear foot sticking down through the "ice" ceiling. Shudder.