"But of course! Nothing says 'romance' like a kidnapped injured woman!" * 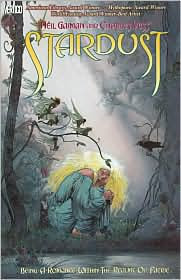 Because I read this article in The Guardian.

Now I also want to read this: 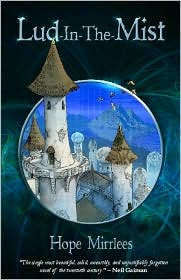 And this, Christina Rossetti's "Goblin Market."
(Or maybe I will just listen to it.)

I want to know more about this man, who sounds like a real character. To say the least. 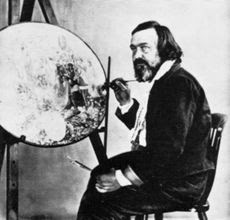 He LOOKS crazy, doesn't he?
Has anyone written a biography?
Must find out...


Also want:
To read some of the stories in here:

How could I have missed Carter? Her books look weird and clever and funny, and they have been promptly added to my must-read list.


I loved the film of “The Princess Bride” and want to read the book now. 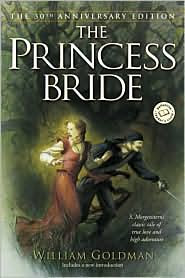 And how could Neil not tell us the actual name of the story from Lucy Clifford? I just finished The Haunting of Hill House and could do with more "strange and disturbing." He spookily riffed on "The New Mother" in his creepy-oh-so-creepy Coraline, so maybe that’s what he is talking about...

So I want to read Stardust, and I might even want to see the film, if only to check out the can-can-dancing pirate.

And of course, it probably goes without saying that I want (you know, PLATONICALLY): 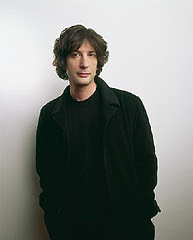 I mean, c'mon, who wouldn't?!
Gosh, I love me some Neil and am happily engaged in reading his journal archives right now. So smart. So funny. (Have I mentioned so smart?)

*Yvaine, in the movie adaptation of Neil Gaiman's Stardust

Posted by BabelBabe at 8:38 PM

Email ThisBlogThis!Share to TwitterShare to FacebookShare to Pinterest
Labels: Awakened by the Moon, Haunting of Hill House, Matilda Bone

I am bookmarking this entry (like I do so many of yours) as read-this. Oh, and you definitely want to see the movie of Stardust. It is magical and wonderful and the pirates are hilarious.

One of my good friends actually knows/is friends with Neil Gaiman. I feel like this makes me cooler somehow.

You are SUCH a groupie.

Stardust (the book) rocks. Haven't seen the movie.
Lud-in-the-mist is an interesting little book. I read it after Neil Gaiman's acknowledgements in Stardust. Gorgeous cover.

Maye, just maybe, you might benefit from a bit of a lie-down?

cough cough. Scuse me, Joke's comment got me laughing...

let me catch my breath so I can say in sotto voice, "YOU HAVEN'T READ THE PRINCESS BRIDE?" It is the very best book ever. (Well, except for all my other favorites...)

Stardust: I saw the movie. Have not read the book. The movie was meh. (Prepares for cover as all the other fans come after me...)

You know who Neil looks like? Alan Rickman. Except for the hair. But they have the same nose structure...

Stardust -- the book -- is good. I didn't know there was an illustrated version. I haven't seen the movie.

Alan Rickman -- I hadn't thought of the two looking alike but I can see where you'd say that, Sarah Louise.