I just requested this from the library: .

Nancy Pearl's rule of thumb is, Give a book 50 pages. If it hasn't got you by then, abandon it. If you are over the age of 50, however (and your reading days getting shorter and shorter, agh!), number of pages to give a book = your age-50. I live by this rule and have no complaints. Check out what the good folks at GoodReads have to say: What makes you give up on a book?
Posted by BabelBabe at 5:28 PM 8 comments:

Vacation, gotta get away...

A friend is going on vacation to the beach. She needs reccs for some books - and we are not talking drugstore romance novels here, people. This woman is seriously smart, and seriously interested in good contemporary fiction. And she came to ME. No pressure, though. Here's the list I sent her.
Mr Penumbra’s 24 Hour Bookstore – Robin Sloan. This is kind of light but utterly charming and smart in a techie way. If you like it, then check out Scarlett Thomas’s PopCo as well. Same sort of quirky vibe.

May We Be Forgiven – AM Homes/The Dinner – Herman Koch; I read these one right after the other. I enjoy pairing books like wine, and these two complement each other very nicely. Homes is an especially adept writer & I am now plowing through other books of hers.

The Bartender’s Tale - Ivan Doig. Doig is a great storyteller. His writing is blunt and at times even clumsy, but you become completely invested in his characters’ lives. I also loved his The Whistling Season.

Bereft – Chris Wolmersley. Just a beautifully written & deceptively quiet book. Thank you to my Aussie friends for referring me to this....

Mudbound/When She Woke - Hilary Jordan. Both of these are very intense (When She Woke is a modern-day retelling of The Scarlet Letter), and completely different. Other than Jordan’s skill, you wouldn’t think the same author had written both. Neither is a happy read, but satisfying in many ways nonetheless.

Neither of these is new, but I read/reread them recently and remembered how much I liked and was impressed by them:
Skippy Dies – Paul Murray. This was one of my favorite books of 2011. It kept another friend occupied for a month while she hiked Nepal, so it's got that going for it...

Behind the Scenes at the Museum – Kate Atkinson. Atkinson writes layered, interwoven, complex novels. This is probably my favorite book of hers. I have her newest, Life After Life on deck.

Happy reading, and enjoy the sand in your toes. And your swimsuit. And your sandwich.

Stepping out onto the ice in full hockey gear for the first time is an amazing and humbling experience. I felt, even without the cheering hordes the Penguins enjoy, like a freaking gladiator entering the arena to the roars of the bloodthirsty crowd. OK, so I have an over-active imagination...maybe it's the feeling an accomplished actor has stepping onto the stage (I wouldn't know) or a teacher standing before a brand new and eager class (I wouldn't know - I have always been a behind the scenes kind of gal). But whatever it's comparable to, it is amazing.

And that was for a scrimmage in a learn-to-play class - imagine the thrill stepping onto the ice at the Consol Energy Center, knowing you can mix it up with the best of them.

Buying hockey gear alone was an eye-opening experience. You don't realize as a mere spectator all the crap that a player lugs around the ice with her. Gloves, elbow pads, chest protector, jersey, padded shorts, shin guards, hockey socks, skates, mouthguard, helmet with face mask, stick - you are covered pretty much head to toe in padding. I didn't have time to go buy the chest and shoulder pads, or the shorts, so I made do with some UnderArmour running pants, and the only jersey I had was a San Jose Sharks one, and I didn't want to antagonize any Pens fans there - I shouldn't have worried, the guy wearing the Islanders jersey would have drawn them - so I wore a grey polarfleece. I was the only person not entirely and properly outfitted, despite it being an "instructional" class. Oh well, time enough to go shop before the next class. I borrowed H's shinguards and my brother's elbow pads and I had my new skates from Christmas, freshly sharpened at the pro shop.I intend to go buy the shorts this weekend; my brother has some shoulder pads in his old hockey bag down in the basement that I can make work. Everyone else had matching jerseys and socks - red, green, striped - I am leaning toward grey myself. Understated and elegant.

Free skate first. I sort of skated around and watched other people until one of the coaches came over and asked if I needed help with anything. First goal - the hockey stop. He showed me how to glide and then dig my blade edge in, to come to that ice-spraying halt inches from the boards.Practice, practice, practice.

And then the whistle blew and we drilled - skating exercises first - crossovers, frontwards and backwards, speed drills, stopping drills. One of the coaches told me to slow down and just concentrate on getting the form right, and the speed would come - that helped a lot. Then they broke out the pucks and we did 2-on-1 drills and shooting skills. It quickly became apparent that I was among the worst skaters. Or maybe I just felt that way. But there were a few instances when one of the guys would very obviously scootch his friend forward to skate with me so he didn't have to. Annoying, but I couldn't really blame them - I know I am not any good. That is why I am taking this class, right?

The coach selected 6 captains who then selected their teams. Despite the fact that I KNEW I was going to be picked last, it still bugged me a bit. It felt very junior high. I had to remind myself that I had signed up for a hockey skills introductory class, and if the other people were not ok with that, that was their problem, not mine. I was trying really hard, I am an ok skater, and I can only get better, right? After chatting with some of the other people, I felt better. I also realized I was probably a little self-conscious because I wasn't wearing full hockey gear - sometimes you DO want to look like everyone else (I'm talking to you, Mom) - being a tad oversensitive and maybe a little defensive. After that I just tried to relax, hung out with the friendly faces, and played as hard as I could. Turns out I am not an offensive player - not a shock there. But I can be an obstruction just fine, even if the guy bearing down on me at full speed outweighs me by fifty pounds. I feel like my poke check was quite competent, too.

I was one of about half a dozen women - several of the others apparently play on a women's team in Mt Lebo, but one of the women was the one who had told me about the class at the public skating session last Friday. Her name is Sonja, she's been skating for about a year, and she plays a very deliberate and thought-out game. She's not fast but every move is focused. There was an older guy decked out in Pens regalia who was very friendly, a sloppy but fast player, and another guy whose name I forget, a grad student at CMU, who was playing because his lab partner (one of the other women) talked him into it. He's a better skater than I am, but had no clear idea about zones and which positions shift where depending on the location of the puck. Together with a skilled, experienced young guy in some Slavic-looking jersey who directed us around the ice like a conductor, only with his hockey stick rather than a baton, we rotated through scrimmages for an hour. We played till about 11:15, when the rain started coming down harder, and other guys arrived for the 11:30 pick up game.

I was tired, pretty happy, and already looking forward to next week. I have plans to take H out for dinner Saturday night, and then skating at one of the public sessions, so I can practice my hockey stop and crossovers. Who wants to go see a nice movie when you can be out in 10-degree weather?
Posted by BabelBabe at 8:29 PM 7 comments:

I love you guys, and I love this blog, and I love reading.
But I need to take a little hiatus.
Too much going on in real life (nothing bad, not at all, just busybusyBUSY), and I am neglecting this.
I don't want to put it out there unless I am doing my best, and I can't with this forum right now.

It's not permanent, I swear.

And two tips for you before I go:
1) Read Skippy Dies by Paul Murray.
2) Buy stock in Lego before I do my Christmas shopping.

You're welcome.
Love to you all.
See you soon.
Posted by BabelBabe at 1:50 PM 8 comments: 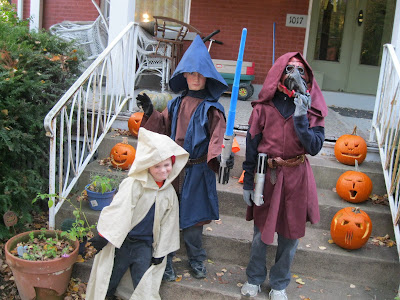 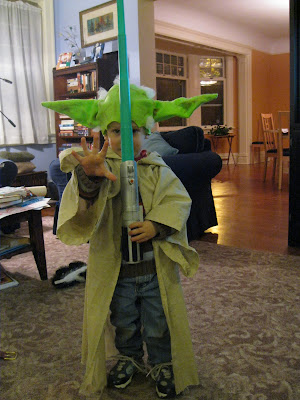 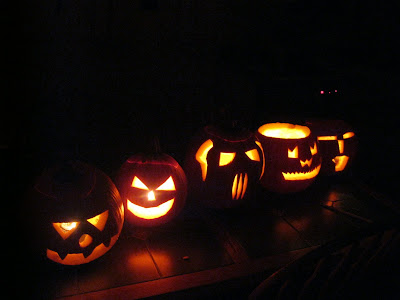 A Guide to Quality, Taste, and Style - Tim Gunn.
“Clothes do not exist to humiliate their owners. Please do not force garments into performing psychological tasks for which they are not designed. “
Posted by BabelBabe at 3:16 PM 13 comments: