"Only those who attempt the absurd will achieve the impossible. I think it's in my basement... let me go upstairs and check." - MC Escher

I am working a crazy hodgepodge of hours this week, since one co-worker is on her way to Paris shortly, and another’s father just passed away. My usual rhythms are all out of whack, so when I got home last night at 11 from work, I was not surprised to find myself wide-awake.

I took the opportunity to finish up Salley Vicker’s Miss Garnet’s Angel, recommended to me by both Suse, of Pea Soup and Lazy Cow, of Only Books All the Time.

What a lovely little book. Very few things make me happier than a well-written novel that also makes me want to go look things up. I learned a little bit about eastern religions and a lot about the Apocryphal Book of Tobit, and did some art history digging on a few Venetian painters (Guardi, Tintoretto, Carpaccio).
Vicker’s title character, Miss Garnet, is a mild little English spinster who finds her true self during a vacation to Venice. She falls in love with a man, and the beauty of the city, and even though the book begins as a sleepy little novel which feels like it was written by one of the Brontes, it winds up a very modern and forthright exploration of love, friendship, sexuality, and religion. The plot isn’t much to speak of; in fact, it’s almost parenthetical to the character development, but since most of the characters are engaging, interesting, and/or delightful, that works out well anyway.

I have already put in my interlibrary loan request for Ms. Vickers’ Mr Golightly’s Holiday and Instances of the Number 3.

My friend E turned me on to Abelardo Morell, a photographer, who happens to be a friend of a family friend of hers.
I like his style in general, but I LOVE his book photos.
(All photos from Morell's website) 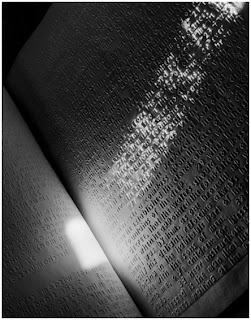 I especially like the architectural feel of some of his photos. 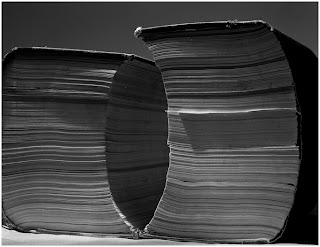 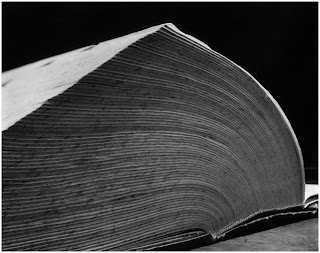 I include the Piranesi one because Piranesi is and has been for a long time one of my favorite artists. I first discovered him when I was studying set design, and I envied his intricate but clean drawing style. It’s always delightful to find that someone else is just as enamored. 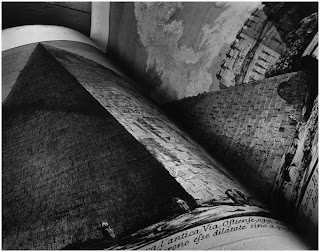 Check out his other photos; they really are amazing.
He shows me an entirely new way to appreciate and love books.

Email ThisBlogThis!Share to TwitterShare to FacebookShare to Pinterest
Labels: End of Mr Y

Those pictures are great.

I love all things bookish. Those pictures would be very beautiful in a home library or study. Or even as bookmarks ...

Thanks for the linky love. Don't forget Vickers' fourth book 'The Other Side of You', (which I am currently reading and enjoying).

Love the pics. Are your labels for the book you're currently reading?